Willis Bros have been involved with three Olympic courses in past years, Barcelona, Atlanta and the complete course build in Sydney.

It was brilliant news when Willis Bros won the contract to build the whole cross-country course for the 2016 Rio Olympics. James Willis travelled out to Rio in early March followed by a team in July.

The Olympic eventing started on Saturday the 6th August with two days of dressage followed with the cross-country on Monday 8th August and the showjumping on Tuesday 9th August. 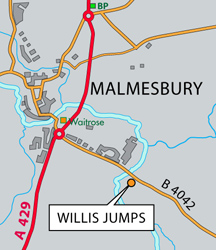